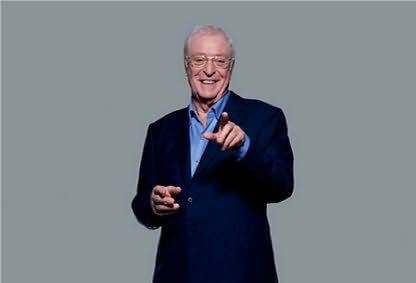 Having studied acting and loving movies, I naturally enjoy reading actors’ autobiographies: the most recent one being Michael Caine’s The Elephant to Hollywood. He adeptly captures his 77 years from his humble beginnings in Elephant and Castle during the war to his present in Hollywood and London.

One of the things I love about the book is the name-dropping. Many actors avoid this as they worry about coming across as pretentious. However, by being so willing and unafraid to mention anyone and everyone – from John Huston, Laurence Olivier and Shirley MacLaine to Charlize Theron, Heath Ledger and Scarlett Johansson – he is anything but.

Although there is a lot of focus on the glamour and luxury that he is now surrounded by, he does not make light of the hard work and sacrifices he had to make in order to get to where he is today. As he puts it himself: “It took me eleven years to become an overnight success”.

The strongest theme running throughout the book is family and friends. There is plenty of talk about agents, producers, directors, fellow actors and the many amazing locations he has travelled to, but it all leads back to the same thing: family, friends and returning home. His outlook is endearing, without ever being cloying.

I adore how he was a shagadelic lad swinging through the sixties and chasing all the birds; but I also love that he is now an old-fashioned, yet affable, grandfather still open to and marvelling at the new things the world has to offer, such as dissolving prop guns on set. However, his sense of nostalgia as he reminisces about the good old times and how there has never been anything quite like it before or since strikes a chord with me too. Even though I am 51 years younger, I am as flummoxed as him when he points out that he’d just watched the Oscars “and all the people nominated seemed to be very small young men who had just been in a vampire film”.

That’s not to say he does not have respect for the new generation. As already mentioned, he raves about the young actors he has had the opportunity to work with and at every moment is grateful that he has lasted long enough to be able to work with them. Furthermore, he has a reverence for Christopher Nolan (one of the greatest directors of our generation) and this is clear not only from his words, but also the fact that he has made five films with him in the latter stage of his career.

I am a big fan of Caine’s and thus chose to buy the book, but an added and unexpected bonus at the end were recipes, culinary tips and lists of his favourite movies.

Overall the tone of the book is warm and charming, punctuated with funny anecdotes so lovingly emphasised by his joy of quoting good one-liners from his own films. It is an entertaining and absorbing read, much like the actor himself.

In the spirit of Empire magazine, who interview actors and then list their top five performances; and as Caine creates his own lists at the end of his book, here is my list of my top five Michael Caine performances. (Embarrassingly, I have not seen a lot of his earlier work – and strangely enough, not a lot of his more serious work – so please forgive the gap, but at least it made it easier to choose, as Caine has made over 100 movies!):