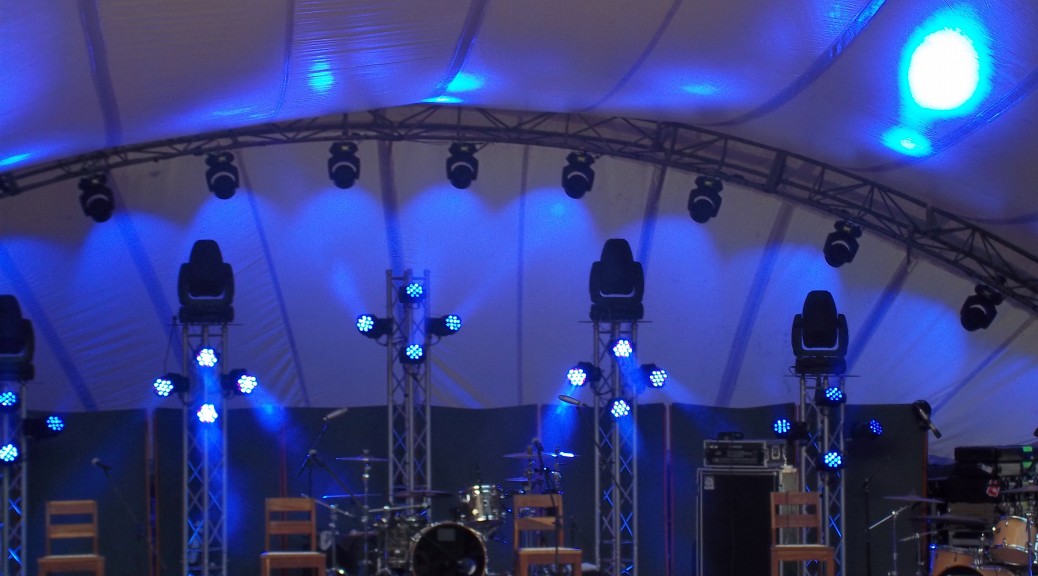 It started more than fifty years ago, and although its future is uncertain, one thing is undeniable: in one form or another, rock ‘n’ roll is still around. Last Friday stood as testament, as Kirstenbosch played host to Seether on the Cape Town leg of their South African tour. The band is currently touring around the world to promote their latest album, Greatest Hits, and since they hail from South Africa, the country’s inclusion was a must.

The evening started with an unplugged set by Taxi Violence. They are one my favourite bands live, and they remind me why every time I watch them. They have an explosive energy on stage, which was present, but well contained so as to suit the laid back vibe. In a night that was an ode to rock ‘n’ roll, Taxi Violence was the perfect choice. There is plenty of new and exciting music coming out of South Africa, but rock will always remain close to my heart; and I admire the tenacity with which Taxi Violence commits to their genre. Frontman George van der Spuy paid tribute to this commitment before they started their song Love Sick Rock ‘n’ Roll, explaining, “This song is about the decline of rock ‘n’ roll, this song is kinda saying bring rock ‘n’ roll back.”

Van der Spuy is great on stage, and had no qualms about interacting with the audience, thanking them for choosing the concert at Kirstenbosch over the cricket at Newlands; while guitarist Rian Zietsman created the perfect foil, asking “but if anyone knows the score, please share.” Keeping the mood of the evening in mind, they played their hit song Brain Mash, off their latest album Soul Shake, and threw in some rock ‘n’ roll roots with covers by Johnny Cash and Robert Johnson. Riling up the audience for the rest of the night they accelerated the pace on Devils ‘n’ Pistols, van der Spuy adding, with a hint of mischief, “That song’s lekker naughty.”

Their set, however, was far too short and although Taxi Violence and Seether complemented each other, it was disappointing that Cape Town only got one support act, whereas Jo’burg and Durban had more. Judging by the audience’s response and the number of people milling around in branded shirts, it was clear that most were there for Seether; but that was no excuse for walking in during, or after, the opening act. If you think it’s not important, try starting Scream or Full Metal Jacket half an hour late.

Seether cranked it up a notch, delivering a harder set; and I love my hard rock. To my utter delight, Shaun Morgan (or Welgemoed, as he was known in days gone by) spoke with a South African accent. I have no idea whether he was putting it on for the benefit of the South African audience, but if he was, it was appreciated – and it is so flawless, I am disinclined to believe he put it on. He connected with the audience immediately and even threw in some Afrikaans for good measure. He did give away the length of the band’s absence though with references to those awful, old Pantene and Organics’ ads, DANONE yoghurt and James Small; but everyone loved it and the band was greeted warmly with a jubilant shout of “welcome home!”

Unsurprisingly, the audience freaked out when he played Broken, the hit song Morgan sang with former girlfriend Aimee Lee. “I get a little bit emotional about that one,” he admitted. But this was originally a Seether song and it was great to see them reclaim ownership. Both Taxi Violence and Seether displayed a great ability to give the audience exactly what they wanted; clearly keeping them, as well as the location, in mind. The raw energy of Taxi Violence and the hard soulfulness of Seether ensured a successful first chapter for Seether’s tour at home – and for those of you who were wondering: Pakistan won by one run.