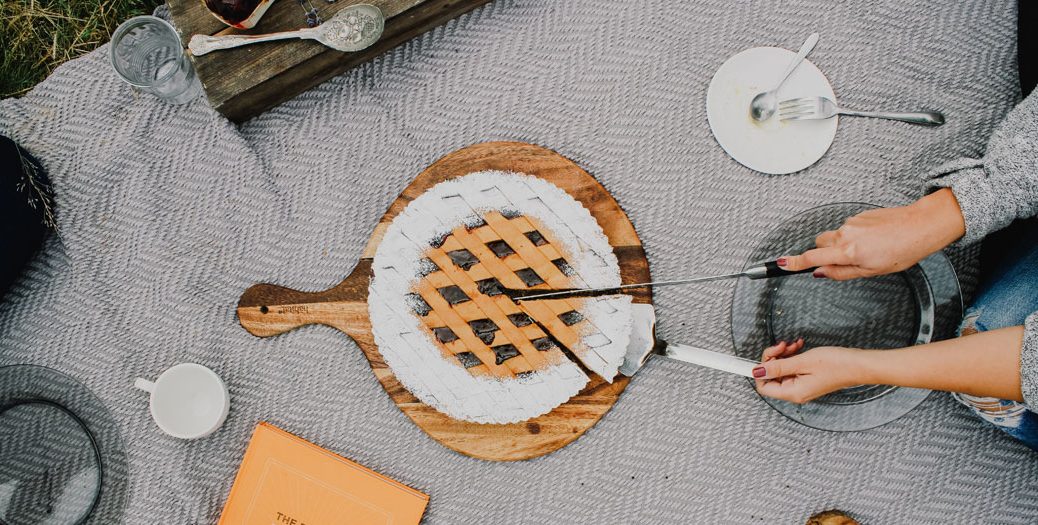 What is my experience of pies? A fairly limited one, I’d say. The first thought that pops to mind is of a garage pie; and Sade said as much in tonight’s episode of Celebrity MCSA.

The fantastic and diverse selection they had on display made me realise just how limited my pie experience is. My most prominent memory is a story a DJ on Tuks FM told about heading to a garage for a pie, which we do quite a lot in this country.

Upon approaching the glass-fronted oven he noticed a scurrying spot of black inside. It was, my dear readers, a cockroach. The lady behind the counter duly slid open the display door to annihilate it.

She successfully smashed the offending creature to death, streaking its innards across the glass in the process. Her next move was to slide the door shut and turn to serve her customer, giving him the disturbing notion that this was a regular occurrence and that no further hygienic measures were required.

As a food blogger, I was reluctant to share this appalling anecdote until I realised that it is my duty to steer you towards great food and away from galling gastronomy. Not that anyone ever claimed garage food to be haute cuisine.

But I digress. Let me write rather of the pies unencumbered by the insides of insects. Although I don’t know at which garage this unfortunate incident occurred, most South Africans will be able to narrow down the list.

Not all garages and roadside shops offer such horrors, and I’ve had a handful of extremely worthwhile experiences. At Milly’s in Mpumalanga, en route to Mbombela or the Kruger Park, you can eat excellent trout pies; while Houw Hoek Farm Stall in Grabouw sources stock from the Elgin Valley in order to make and sell, amongst other things, fresh and delicious pies.

Since starting Celebrity MCSA, my blog has found some balance between food and film again. Moreover, it has given me entertaining chances to combine the two; thus this post sees me inevitably find a foodie reference within film.

I am hinting, of course, towards Sweeney Todd: The Demon Barber of Fleet Street, and its enterprising character, Mrs. Lovett, who famously baked people into pies. Adapted from the musical by Stephen Sondheim and Hugh Wheeler, Sweeney Todd is a dark and cynical view of mankind that is bitingly funny.

Although I no longer share the same bleak view of humanity, the film remains one of my favourite Tim Burton/Johnny Depp collaborations, inspiring me to share a slice of its genius with you – so have a little priest, I mean taste, right here: