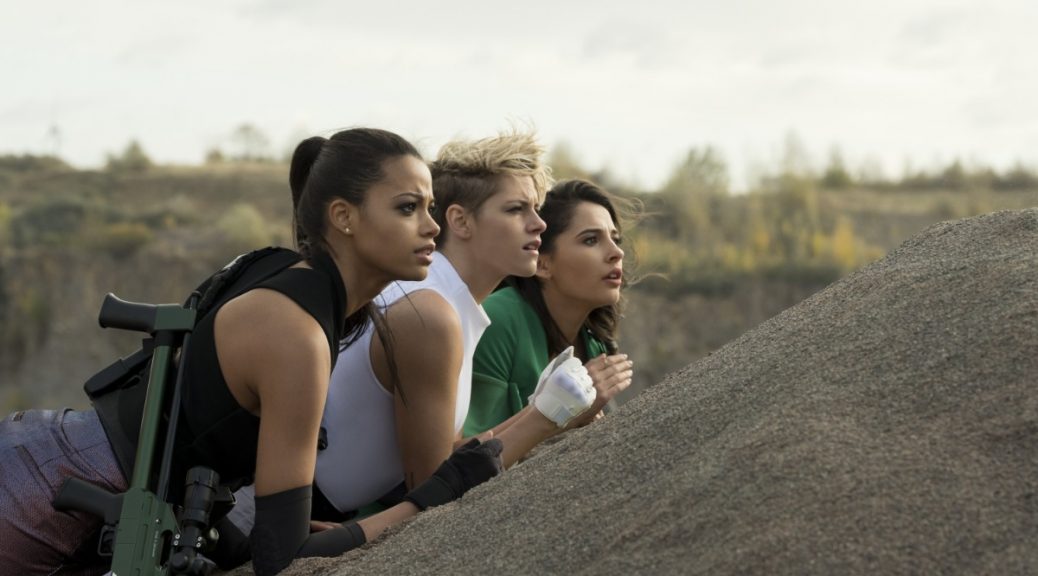 It’s very helpful going into a movie with low expectations. That’s how I watched the new Charlie’s Angels, and I absolutely loved it. I think it was the movie’s silly pre-released lead single with Ariana Grande, Miley Cyrus, and Lana del Rey that put me off, but if I cast my mind back even further, I remember enjoying the initial trailer.

But all memory of the trailer had vanished when I settled in for a new bout with the angels, a bout that’s thankfully more sequel than reboot. There is clear acknowledgement of the angels of the ’70s and early noughties, which I really appreciated.

Initially I was concerned that it would try to ram its girl power message down collective throats with the same cringeworthy heavy-handedess that Avengers: Endgame did. Instead, it delivers fresh female characters in all kinds of positions, from angel to Bosley to innocent stander-by, standing strong on their own.

Making up the angels, the Bosleys (which in this instalment is a rank and not a name) and all the rest is a fun, feisty cast with great moments from the inestimable Sir Patrick Stewart, the wonderful Djimon Hounsou, and the delightful Luis Gerardo Méndez. But the definite standout is Kristen Stewart, as one of the main Angel trio. Stewart has left her Twilight days far, far behind her and has rediscovered the gritty cool she displayed all the way back in Panic Room.

Naomi Scott and Ella Balinska make up the rest of the trio. They’re relatively new faces. Many may remember Scott from this year’s Aladdin, but she gets a bit more to do here as the cute, quirky newbie. I liked this part of the story: that you get to see an angel in training with her existing skills, which along with her bumbling awkwardness, is employed to get her out of trouble in some fun set pieces.

The laughs are somewhat lacking but the action is hands on and boosted by a sizzling spy movie-style score. It felt more Bond and Mission: Impossible than cheesy-pop angels, and it’s all the more fun and unique for it. While some moviegoers may be haranguing for a different kind of Bond, I say: who needs Bond when you have angels?

Charlie’s Angels is in cinemas from 15 November.