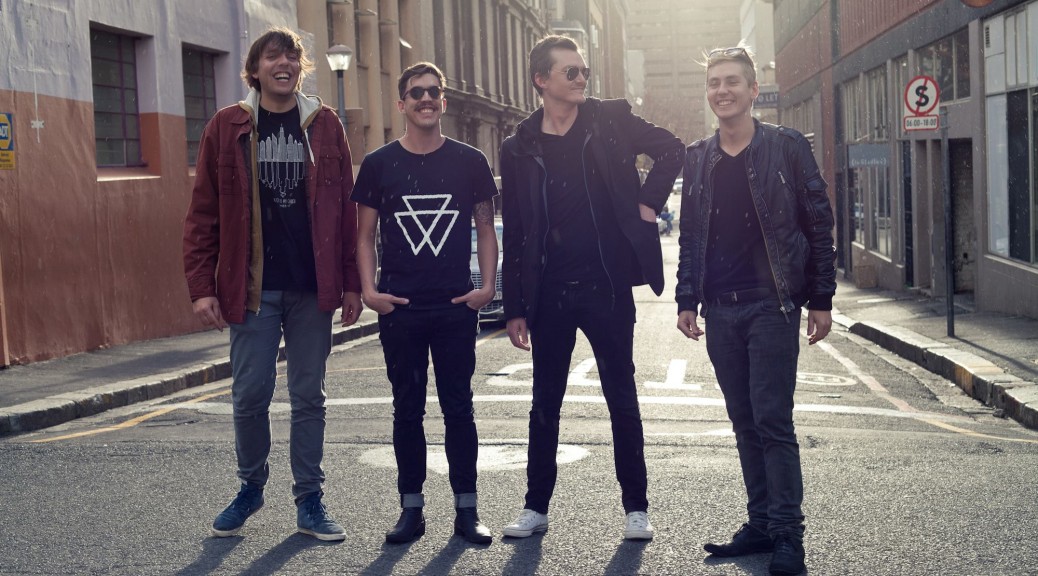 One of the more sentimental adages about music is that it brings people together. While that may sound like a statement befitting a Disney movie, its veracity cannot be denied. Kidofdoom, a local band originally from Pretoria, have come together for a reunion tour across South Africa – and with their return comes a host of fans. But the plan is not necessarily to come back for good. So why bother with a reunion? What’s to stop us from just giving old tracks another spin and playing back their albums? The answer is nothing simpler than, performance; because to see them live is something else. They’re not just a bunch of kids mooching about, assaulting our eardrums by banging their instruments together. These are musicians who turn the stage into their playground and then open the gates to let you in.

Kidofdoom started out when Ryk Benade, Johan Auriacombe and Barend Pieterse “had been jamming together for a while” before asking Peach van Pletzen to audition for keyboards for their fledgling band. Peach promptly borrowed a keyboard from Richard Brokensha, whom he knew from jazz school, and on a whim the latter decided to tag along. Peach’s fateful trip to the kitchen “to make some Oros” saw Richard take to the keyboard and ending up with the band instead. There were never any hard feelings and Peach moved on to start the masterful Yesterday’s Pupil. But life came knocking and in 2011 the band dissipated and the members went their separate ways.

Despite being off the scene for a couple of years their renown and ability to draw a crowd has not faded, evident from the turn-out and response to the first leg of their tour which took place at Assembly in Cape Town with Ryk back on guitar, Johan on drums, Richard on keyboard and Matthieu (affectionately known as Makkie), Johan’s younger brother, now on bass. Talking to them a few hours before the show, one of the most welcome aspects of the interview is that I don’t have to hunt down any musicians, back them into corners or, worst of all, drag them away from the bar, neither do they pull straws to decide who will deal with the scrappy writer, because the whole band sits down to talk with me.

Their music is not the kind you’re likely to stumble upon very often, further distinguished by the absence of vocals, something which they assure me “has no deep meaning.” However, they are not the only ones to carry the distinction of being indefinable, as many bands are refusing categorisation and instead claim their work is a melting pot of sound derived from various influences. While kidofdoom may not be traditionally recognisable, they do not trot out a ceaseless list of genres and styles with which to describe themselves, instead opting for the self-coined term of “deep space champion pop.” Fairly enough, Ryk points out that “you bring any group of individuals together and they’re gonna come up with a different array of sounds” and Johan half-jokingly ascribes each word in the term to a member.

The challenging part of making music, Ryk says, “is the longevity, the staying power of the band.” New bands, singers and musicians constantly hit the scene and Johan affirms that “it [the industry] has to carry on growing like it is….All the internationals coming here are really influencing kids to go and play drums and play music. The Griet parties make so many DJs come out of it.” Griet is the company which Johan helped found and introduces DJs and producers into South Africa. Nevertheless, many musicians are quick to disappear and if the industry hopes to support our burgeoning talent then, as Richard says “it does need more infrastructure.”

Having hit Cape Town and Jo’burg in June, they are set to play Pretoria and Durban in July before rounding off the tour with a highly-anticipated gig at Oppikoppi. Richard reflects on playing in different parts of the country, something he is familiar with as a “full-time muso”, as Johan dubs him. “In Cape Town there’s a real culture of going out, in Pretoria people just wanna go out and party. Durban’s pretty similar and Joburg’s got so many different scenes.” Johan adds: “My prediction for this tour is that Cape Town will do really well, because our old Pretoria fans are living down here now. Pretoria’s gonna be interesting, because it’s a lot of young, new fans. Durban’ll be the same…stage diving and starting mosh pits.”

This music is personal. You can see it when kidofdoom is on stage and you read it on the face of every person in the crowd. While longevity might be a wicked hurdle all musicians wish they could ignore, Ryk’s ruminations on the best part of making music make the hurdle worth it, even if you can’t always overcome it in the end. “The best thing is to have fun with your best friends, with no preconceived idea of what it sounds like. If it comes from the right place, it will look after itself.”

Catch kidofdoom in Pretoria at Arcade Empire on 12 July; in Durban at Live on 13 July and at Oppikoppi from 8 – 10 August.