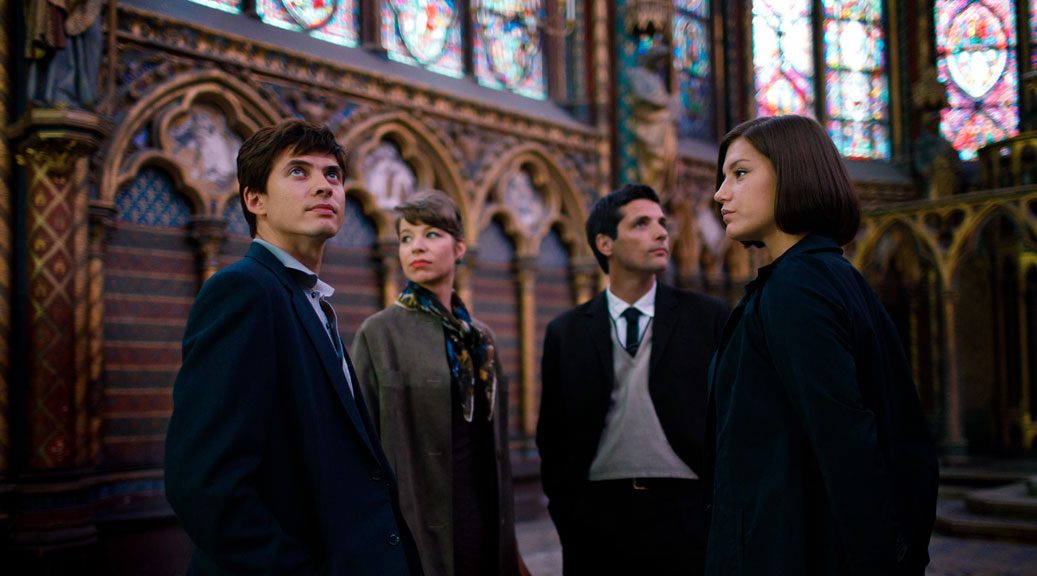 Dance movies are touch and go. They’re often so devoid of plot and character, you just have to let it go and enjoy them for what they usually are: an appreciation of dance. The White Crow is one of the exceptions. The richer-than-usual plotting and character may be partly due to the true nature of its story – it’s based on the career and defection to the west of Soviet ballet dancer Rudolf Nureyev – but credit must be given where else it’s due.

Ralph Fiennes takes on his third directorial feature with The White Crow. I’ve only watched his debut, Coriolanus. Despite being a devout fan of Shakespeare’s, I struggled through Fiennes’s adaptation, due in most part to its laborious pace. A slow progression is evident here too, but works much better with the contemplative Nureyev who roams the streets of Paris to absorb any form of art – whether it be books or architecture – to inspire his own work on the stage.

The sedate pace, however, ramps up at the film’s end for a nail-biting conclusion that will put you more on edge than any gut-wrenching horror ever could. I don’t want to give away anything – although if you have knowledge of the dancer’s life or the effects of the Cold War, you may already know – but it makes for riveting viewing, and terrifying reflection.

Cast in the role of Nureyev is Ukrainian ballet dancer Oleg Ivenko, and he makes a stunning film debut. It’s not just his dancing scenes – which are not as many as you might expect in a film featuring dance – but also the moments he appears solo and with others, always imbued with a smouldering, brooding passion and tentative yearning.

Fiennes is not just director, but also takes on the role of dance teacher, Alexander Pushkin. His pared-back performance, delivered entirely in Russian, made me truly appreciate what a remarkable actor he is. Ivenko and Fiennes are surrounded by a fine cast – most notably French actress Adèle Exarchopoulos, who turns in a touching performance as Nureyev’s companion, Clara Saint. Working with this exemplary cast and a heart-pounding final act, Fiennes pulls off with poise his introspective portrait of a devoted artist.

The White Crow is in cinemas from 14 June.
Image courtesy of Starburst Promotion.