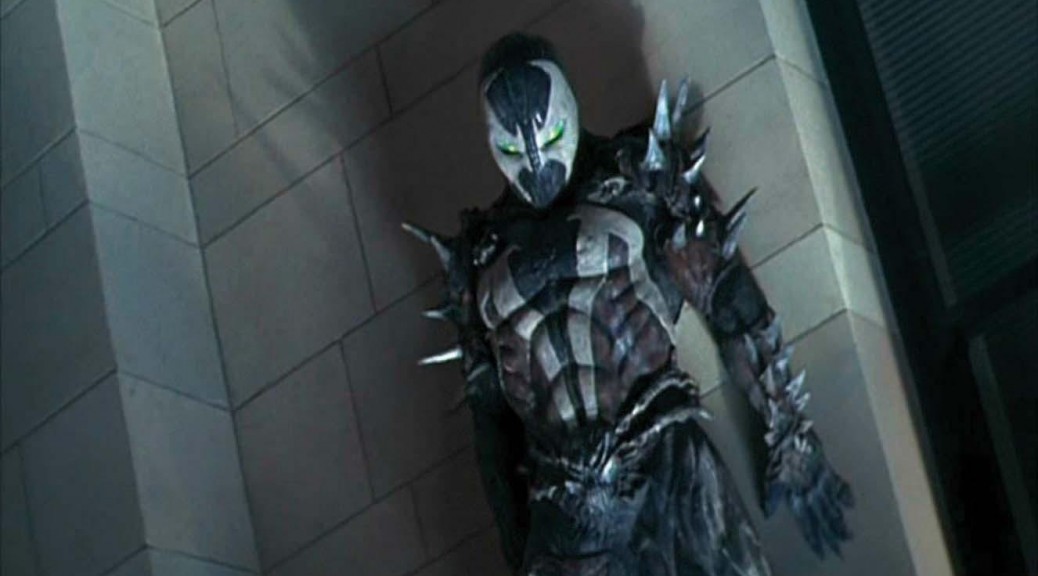 My favourite comic book adaptation has always been Batman, particularly after Christopher Nolan and Christian Bale saved the entire franchise. However, there is so much more out there. I don’t claim to know much about comic books, so whether the adaptations are ever faithful or not is never really of much concern to me.

This may scandalise comic book lovers out there, but I am here to look at what the movies offer, not how rigidly they stick to the originals (of course I may very well change my tune when it comes to the adaptations of novels)! Besides, more often than not the people behind the comic books are involved in the making of the films. Frank Miller even helped Robert Rodriguez direct Sin City. Many of these adaptations offer something substantial, but mostly they are just full of great characters and amazing action.

There is truly only one way to describe this film – awesome! Flash Gordon was a comic strip originally drawn by Alex Raymond and first published in the 1930s. This film is one among many adaptations. The effects are low-budget and the style is camp, but it is so much fun. It is also a perfect introduction to the 80s and all that it embodied. It weaknesses, as such, work in its favour and make the film unique and memorable. It includes such stellar actors as Brian Blessed and Max von Sydow, who contribute their talents to the film by creating flamboyant characters that perfectly match the film’s style and cheesy main cast. Of course, there is also the legendary music composed by Queen. These factors alone are reasons to watch this film. What I also enjoyed about Flash Gordon and what I think makes him unique, is the fact that he really is just a hero out to save the world (and his woman of course). He is not driven by anger or revenge, like so many other comic book heroes are. This fun and gaudy film is pure entertainment and will improve the foulest mood.

This is a dark film that does not sink into depressive, boring sombreness. This is due to its surprisingly heart-warming characters and the unusual relationships that are formed. The comic strip The Crow was created by James O’Barr in the 1980s. The film is narrated by a lonely young girl who has befriended Eric Draven and Shelley Webster – who are tragically killed by a group of violent thugs the night before their wedding. Eric Draven comes back from the dead to avenge his and his fiancée’s deaths. The young girl also befriends the cop who, along with Eric, becomes obsessed with avenging the thugs. Eric is played by Brandon Lee, who was accidentally shot and killed during the making of the film. The story is often set up to display Lee’s skills. Lee was a martial artist like his father Bruce Lee. Making Lee look cool seems to be one of the film’s main aims. The plot is also full of holes and the villains are random and clumsy, but I liked the optimistic element that came from the good guys who stuck together, the faithful white cat and the happy ending. It’s like a Disney movie with violence and scary make-up.

I remember watching this film when I was younger and being totally creeped out by John Leguizamo. Spawn is a comic book created by Todd McFarlane in the early 90s. Spawn (the film), like Flash Gordon, consists of cheesy special effects and stylised acting; but in Spawn these are juxtaposed by the darker edge the film has. Whereas Flash Gordon’s flamboyant style was a sign of the times, the cheesy and histrionic style of this film is intentional, probably in order to create a comic-book feel. However, despite the often camp and comical elements, it still delivers significant commentary on power and corruption. This film has the typical vengeful anti-hero, but he is black, which makes for a nice change. The script is strong with some great one-liners – one of my favourites being: “You are a borderline psycho, perfect for government service.” Thus it is obvious that although Leguizamo creeped me out as the clown when I was younger, now that I am older and hopefully wiser, I love this film and think Leguizamo’s performance is brilliant.

Robert Downey Jr. is a legend. Terrence Howard and Jeff Bridges are perfect choices; but then something went wrong and they cast Gwyneth Paltrow. Iron Man, the comic, was created by Stan Lee, Larry Lieber, Don Heck and Jack Kirby in the 1960s. When it comes to the film the action is magnificent, the style is slick, the story works and it is patriotic without being nauseating – but I firmly believe it would not have worked as well had it not been for Robert Downey Jr. He is truly the heart of this film. There are so many comic book adaptations currently being made (and when it comes to Marvel comic book adaptations there is a special hidden intentional evasive lucrative deflected reason for it). This is one of the better and richer ones. It also delivers relevant political and social commentary, but at its core remains a fun and frivolous action film with a set formula. It is still a well-made film. Its somewhat one-dimensional characters are generally well performed and there are awesome gadgets and beautiful cars…and Robert Downey Jr. is a genius. And a word of advice: watch the credits.