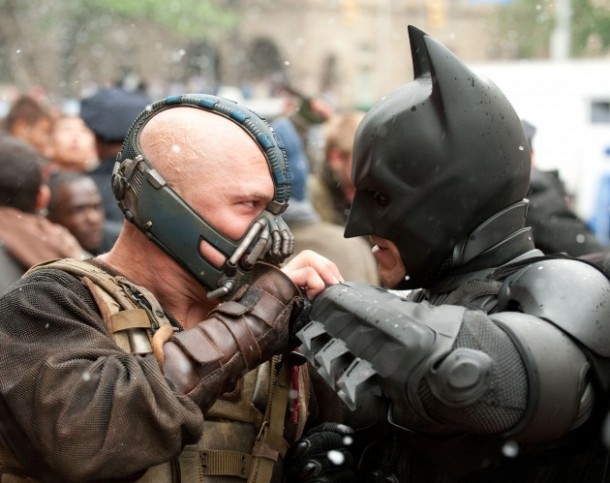 The Dark Knight Rises has almost landed. Attending the premiere at Canal Walk’s Nu Metro Prive Lounge the buzzing excitement in the air was palpable. Christopher Nolan has eclipsed the franchise itself – becoming lauded and admired for his rich, dark studies of a comic book hero.

Mingling in the lounge’s foyer the conversation was animated as fans chatted with rapture in their eyes, eagerly awaiting the moment they would be allowed inside the cinema to watch the latest and last Batman instalment from Nolan and his enigmatic leading man: Christian Bale. The film’s trailer playing in the background heightened the anticipation, but there was plenty to keep everyone occupied while they waited. Eager conversation about past Batman movies and the new characters in The Dark Knight Rises was fuelled by an open bar. Best of all, was a test run of the new Xbox game Arkham City. I myself eagerly snatched up the controls and got into the spirit of things by having a go at being the Batman himself.

Talking to some of the people I was surprised to find a few, amongst the devotees, who had never seen any of the previous films and weren’t even fans of Batman. The Xbox rep himself wasn’t too familiar with the ins and outs of the franchise so I duly informed him and he eagerly lapped up the information. Poor guy didn’t get to watch the movie though.

Finally the crowds started moving towards the door and Hans Zimmer’s Batman theme, which recurs throughout the film, was playing in the background perfectly setting the mood for the evening. Having Nu Metro, Nokia and MTN host the evening, naturally meant prizes for a couple of lucky audience members and free popcorn and drinks were on offer too. Stringent security constantly ensured that cellphones were switched off (not on silent) and in a maddening attempt to stay in constant contact with the outside world (completely incapable of sitting and enjoying something for a few hours) audience members incessantly nipped out to check their phones. Admittedly, some of these were probably also smokers and those with a bladder of weak disposition. Considering the film’s running time of two hours and 45 minutes, it was none too surprising; although any true fan or film fiend would suck it up and endure. The film of course was nothing short of brilliant and received enthusiastic cheers and applause from the audience at the end and if anyone wasn’t a fan before, I am sure they will be now.