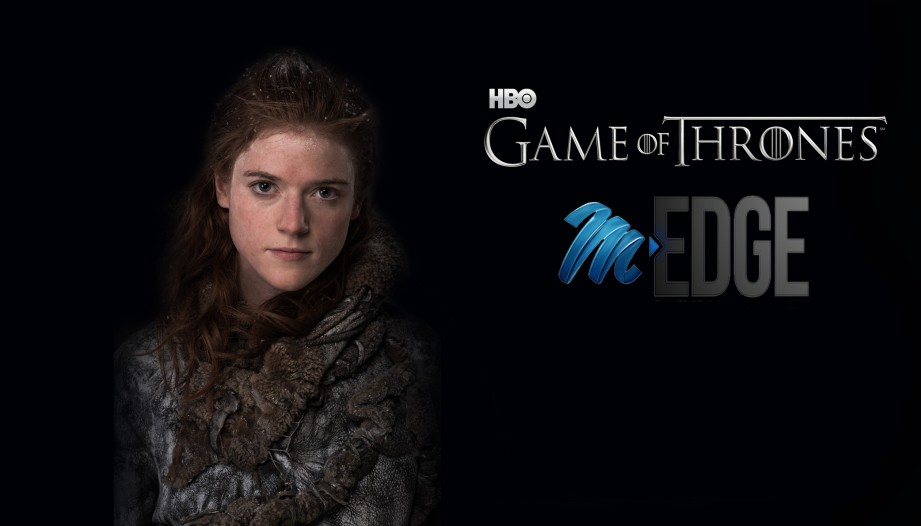 There is no such thing as an overnight success, and if you were in any doubt then look no further than the cast of Game of Thrones. With the exception of a few of the really young ones, the actors who bring George R.R. Martin’s fantastic characters to life are firmly entrenched in the industry. But there is no doubt that old or young, veteran or not, Game of Thrones has catapulted them to the next level of stardom and success.

In anticipation of Season 5 we decided to dig up the past and see where in the world they were before Westeros.

The seven Harry Potter books spawned eight films, and actors were falling over themselves for a part in the film series. The Game of Thrones’ actors themselves are amongst the elite, what with Michelle Fairley (Catelyn Stark) playing Hermione’s mother and Natalie Tena (Osha) nabbing the role of the colourful Nymphadora Tonks, while David Bradley (Walder Frey) leered around corners as Argus Filch.

She may not look it anymore, but Diana Rigg (Olenna Tyrell) was once a Bond girl, having starred in On Her Majesty’s Secret Service with George Lazenby. Oona Chaplin (Talisa Maegyr) had a blink-and-you’ll-miss-her part in Quantum of Solace and, even more interestingly, is the granddaughter of Charlie Chaplin.

What didn’t surprise us was finding out that Charles Dance was a bad guy in For Your Eyes Only. Joining him in the villainous ranks is Sean Bean, who betrayed Bond in Goldeneye – quite a leap from the noble Eddard Stark.

If there’s an actor you can count on to play a villain it’s Charles Dance, who played the malicious Tywin Lannister.

Lena Headey (Cersei Lannister) was born to play royalty, impressing with a regal performance in 300 as Queen Gorgo, reprising the role in 300: Rise of An Empire. Her other foray into the world of comics was as the sociopathic Ma-Ma in Dredd, exchanging Cersei’s luscious, golden locks for a dark, chopped look.

If that shocked you, then you’ll never believe that Jack Gleeson, who played the despicable Joffrey Baratheon, was once a sweet, doughy-eyed youth who looked up to Bruce Wayne’s heroic alter-ego in Batman Begins.

Between seasons of Game of Thrones Peter Dinklage (Tyrion Lannister) found time to portray Dr. Trask in X-Men: Days of Future Past; but he’s been in the industry for a long time, impressing with the indie darling The Station Agent and appearing in both versions of Death at a Funeral.

Jason Momoa may not have lasted past the first season of Game of Thrones, but he impressed as Khal Drogo. He was equally intimidating as the fictional character turned comic book hero, Conan the Barbarian, in the 2011 version of the film.

From cute kid to crazy king, no one did an about turn quite like Jack Gleeson.

Since we’re mentioning big franchises like James Bond, Harry Potter and Batman, it’s worth noting that Julian Glover (Grand Maester Pycelle) was in Star Wars V: The Empire Strikes Back, as well as Indiana Jones and the Last Crusade.

Iain Glen (Jorah Mormont) has also done a bit of franchise hopping, appearing in two of the Resident Evil films, as well as the first Lara Croft film.

Whether it’s Angelina Jolie, Milla Jovovich or Emilia Clarke, Iain Glen always lands up next to a beautiful and powerful woman.

With the medieval feel of Game of Thrones the actors have grown accustomed to costumes with lots and lots of layers. Having appeared in period pieces before Natalie Dormer (Margaery Tyrell), Rose Leslie (Ygritte) and Alfie Allen (Theon Greyjoy) are used to waistcoats, corsets, veils and whatever other apparel the part may demand. Their experience in period pieces has come in the form of Casanova, Downton Abbey and Elizabeth respectively, giving them an acclaimed step up into the world of acting (and tight costumes).

From royal drama to royal torture, Alfie Allen gets around.

After many years of hard work a lot of the actors have had their lucky break with Game of Thrones and once the show is done (or if their characters don’t survive), there will certainly be plenty of opportunity to follow them in future.