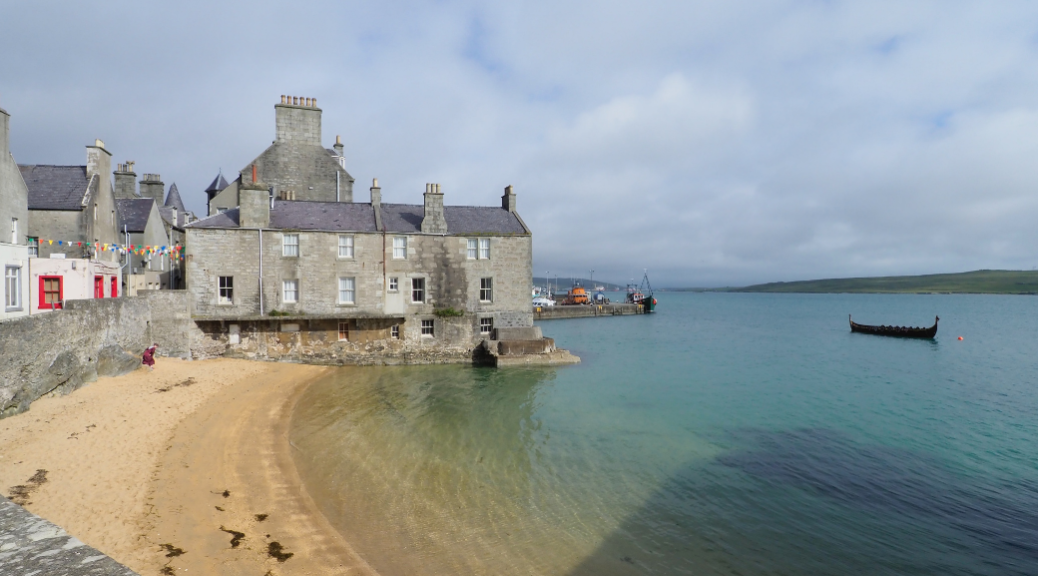 This series of books by Ann Cleeves is set on the Shetland Islands and rooted in the realm of straight-up detective fiction, even bordering on noir. Just like Kenneth Branagh’s film adaptation prompted me to read Death on the Nile (although I’d have read it, even without the movie), the TV series Shetland drew me to the books upon which they’re based.

While the Shetland books are not cosy mysteries, they still evoke a great sense of atmosphere. But instead of rolling green hills and blossoms in bloom, you get the bleak beauty of the Shetland Islands. What it does share in common with cosies, is a tight-knit community – a key trope in the subgenre, which means everyone knows who’s who and, more significantly, everyone’s a suspect. The latter is not exclusive to cosy mysteries but often inherent in the genre as a whole, adding to the tension of the plotting and the awe of the final revelation.

Shetland is fronted by a  grim, lonely detective in the form of Detective Inspector Jimmy Perez. This character also pulls the books away from the cosy subgenre. He’s more Philip Marlowe than Jane Marple. A professional and a loner who probably doesn’t own a cat.

I’d already watched the episodes of the show based on Raven Black, but I was still thoroughly engrossed by the book and would continue reading the book series. However…

I like the show more. I wouldn’t say one is better than the other, just that I like what they’ve done with the show more. Having said that, even though I’ve only read the first book, I think they compress what happens in the books (or what I imagine will still happen) into the series and compressed the timelines in order to capture the exciting, as well as more personal, dynamics of the story and the characters. TV series, after all, can get cancelled very quickly (and sometimes unexpectedly) and don’t have as much time to tell a story.

But based on the one book (and there are eight), the show is my preference. It’s got a great cast playing characters who get more to do; and Douglas Henshall, in particular, as Jimmy Perez is more than perfect in the role.

The later seasons feature new stories, using only Cleeves’s characters as opposed to her stories. At first, I was disappointed at the thought – especially because one murder mystery now spanned over an entire season, as opposed to just two episodes. But I still enjoyed them, and it means there are fresh murders and mysteries waiting for me in the rest of Cleeves’s Shetland books.