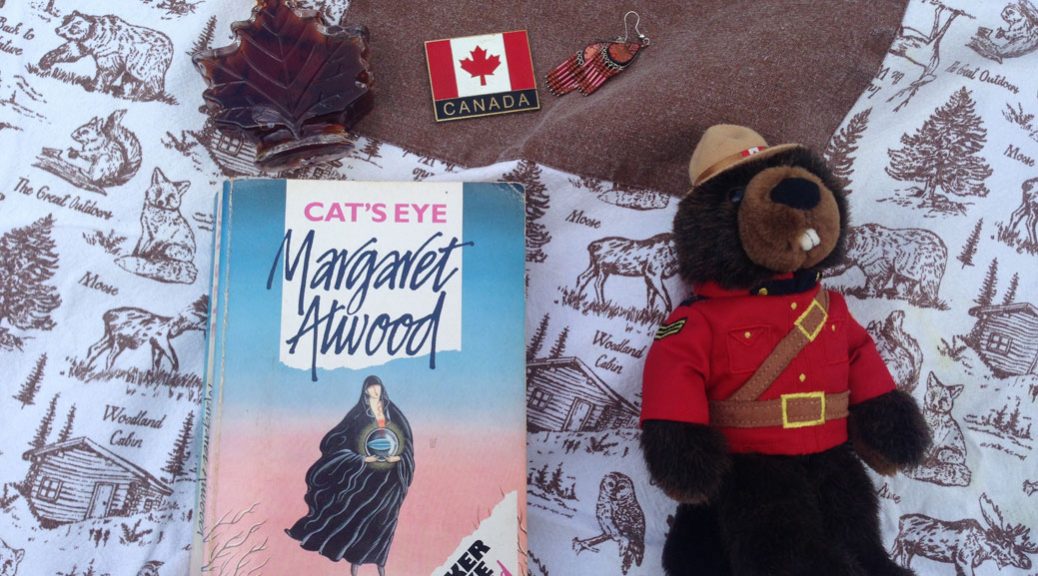 One of the interesting aspects of my reading challenge is uncovering my connections to and knowledge of each country as I select and read a book from that part of the world. Canada is the fourth country I arrived at in my literary armchair travels; and going in, I knew there would be several connections. Literary ones had to do with one of my favourite authors: Margaret Atwood.

She’s gained a lot of popularity in the past year or two due to the success of The Handmaid’s Tale TV series, which is adapted from her novel of the same name; but she’s been writing for decades. I first read The Handmaid’s Tale, and thus discovered Atwood, during varsity English. It was one of the assigned works, and I fell in love with both book and author. I’ve read several of her books since, and she makes up the majority of my Canadian shelf at home.

But this was hardly my first introduction to Canada. My aunt moved there sometime in the ‘60s, and her two children and their families live there to this day. My brother’s best friend married a Canadian, and my best friend’s mother – who is like a second mother to me – is Canadian.

But it wasn’t until I watched the Nat Geo Wild series, wild_life with bertie gregory, that Canada really endeared itself to me as a travel destination. In this fantastic digital series, wildlife filmmaker Bertie Gregory uncovers the magic of Vancouver Island while looking for coastal wolves, an equally enchanting animal.

To be fair, most of Atwood’s books that I’d read are speculative fiction and not really set in Canada; until I read Cat’s Eye for the Canadian leg of my challenge. Set partly in Toronto, Canada plays a greater role in this novel. However, it was the moments set on the road and outside the city that further endeared me to the country.

Apart from any geographical reflections, the book is an excellent exploration of gender performativity and exoticising the other. Coming across these themes was particularly fortuitous as I’d just finish my Anthropology exams, which included the latter theme, while a close friend of mine covered the former in his Masters’ thesis in Dramatic Art.

Atwood is, however, not my only foray into Canadian literature. The excellent Life of Pi by Canadian author Yann Martel is set partly in Canada and is an astounding work of fiction. Its movie adaptation is equally brilliant. So whether you’re planning a trip to Canada or merely looking for something to read, Canadian fiction will not disappoint, and I would highly recommend Atwood at any time.