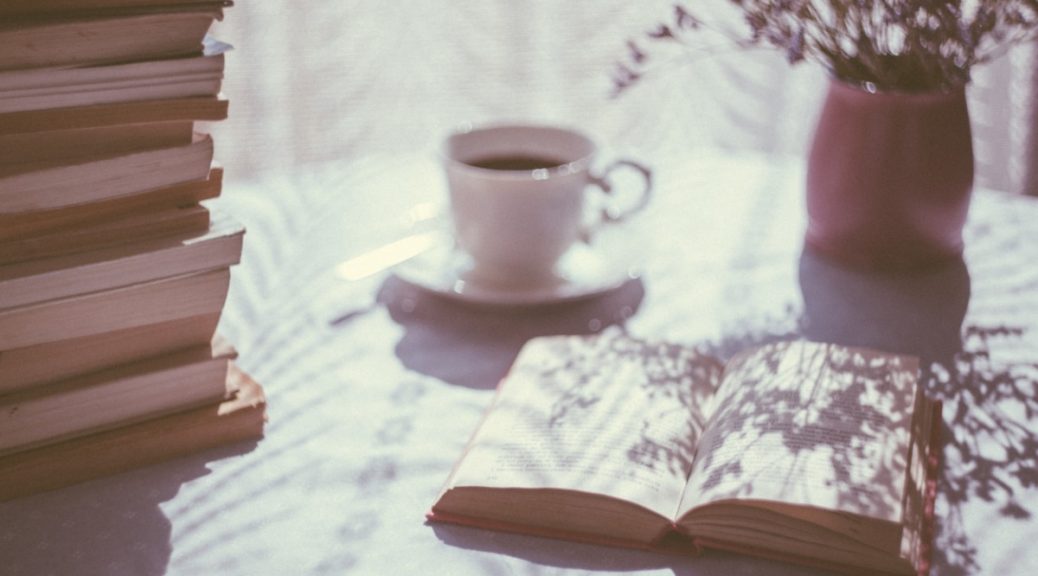 This month started as any other, but ended very differently. On Friday 27 March, South Africa went into a national lockdown in an effort to combat the coronavirus pandemic that has sent the world into a tailspin.

Being confined to our homes means everyone across the world is watching more movies and, of course, reading more books. I’m still working full-time, albeit from home, and lockdown only started at the end of the month – which means I read about the same amount as past months.

I wonder how much I’ll get through in April, seeing as more than half of it will be spent in lockdown and even thereafter (if lockdown is not extended) we’ll still be practicing social distancing. But enough of the grim stuff…here’s what I read in March.

A Chef’s Christmas by Anthony Bourdain
One of my favourite bookish websites, Book Riot, has an accompanying podcast. A bonus episode featured a look back at Anthony Bourdain’s memoir Kitchen Confidential, which was published twenty years ago. I am a huge Bourdain fan and loved his memoir, so when the podcast hosts mentioned that the renowned chef had read it for Audible, I naturally went on an audiobook hunt. Audible has a whole slew of Bourdain’s work available, and all read by him. And he is brilliant! Alongside Fenella Woolgar, he is the best performer I’ve heard on Audible so far. Bourdain’s reading is as engaging as his writing. The same feeling of fast-paced passion that you get from reading his books, comes across in his reading as well. This festive tale is only an hour long, but luckily there are tons more Bourdain-read Bourdain books available on Audible.

Little Fires Everywhere by Celeste Ng
Reese Witherspoon and Kerry Washington star and produce in the miniseries adaptation of this book, which started in March. I love Witherspoon – not only because she was a constant presence in my movie-going experience as a teenager, but because she loves reading, has a book club, and a kickass social media presence. When I saw she was involved with the adaptation and that it was airing on M-Net (the television network I work with), I decided I had to read the book. I’ve also had to promote the show for M-Net, creating a show page (check it out here) and writing an article which involved scrolling through three years of posts from both Witherspoon and Washington to produce a social timeline (check it out here). I also did a book-to-show comparison here. Oh, and Kerry Washington totally retweeted one of my tweets!

As for the book, I really enjoyed its pacing and structure and style. It was a very absorbing read. However, I wasn’t fond of the characterisation. I liked the characters, but not the way they developed – or rather, ceased to. They were all very archetypal and incredibly frustrating as a result. From what I can tell from the teasers and trailers, the adaptation seems fairly faithful to the book. However, the characters appear more fleshed out and Witherspoon and Washington are strong leading ladies, so I think they will give the characters the extra spark and depth they need.

The Tipping Point: How Little Things Can Make a Big Difference by Malcolm Gladwell
This was not the kind of book I would normally read, but I joined a book club and it was their selection for March. I enjoyed it a lot more than I thought I would. It’s a very clear, well-structured, and solidly argued presentation of, as the title says, how little things can make a big difference. Gladwell provides diverse examples of the title in play: from the drop of crime in New York to the increase of adolescent suicide in Micronesia to the popularity of Hush Puppies and Sesame Street. I particularly appreciated his discussion on the power of context and how social and personal issues, problems, and challenges cannot be observed, understood, or overcome, in isolation.

The Scroll of Seduction by Gioconda Belli
The 125th book for my challenge to read a book from every country in the world, this novel was my choice for Nicaragua. The story is set in Spain but the main character – a schoolgirl called Lucía – is from Central America. Although her country is never named, I presumed her to be Nicaraguan, as the author is. I really enjoyed this book, which centres on Lucía’s journey to the past through the tales of an older man she encounters. Together they relive the history of Queen Juana in the 16th century. But instead of merely recounting history, Lucía becomes Juana, thereby fully immersing us in her story. Throughout history Juana was declared and depicted as insane, but through this gorgeously told and richly immersive historical novel, Belli portrays the other side of the story of a queen imprisoned by her family for forty-six years.

Wicca: A Guide for the Solitary Practitioner by Scott Cunningham
I love reading about witch lore and witchcraft, whether fantastical or spiritual, so I decided to delve a little deeper into the subject. I particularly enjoyed reading about the uses of oils and herbs, which I’ve always been fascinated with. My mom’s best friend and her brother have both practiced aromatherapy, sparking an interest early on. One of the podcasts I listen to is hosted by a witch (I’m still a little confused as to the difference between witches and Wiccans), so I liked being able to extend my knowledge a little further. As a teen, I loved the series Charmed (the original ‘90s series). I always thought they just made up everything in the show, but reading this guide made me realise that those involved in the show actually did a lot of research in order to incorporate actual elements of witchcraft and Wiccan practice.

They Came to Baghdad by Agatha Christie
As always, I loved this Christie mystery. Although she’s usually most adept at pulling the wool over my eyes, there was one twist that I worked out early on. But Christie still had me guessing at every other turn, keeping me fully engaged in the thrills and adventures of her young heroine, Victoria Jones. It marks my second Christie book in a row that doesn’t feature any of her regular characters, but I have an inkling that it’s meant to be connected to Destination Unknown, which I read last month. Considering they were published only three years apart, there is a chance they were meant to work as companion pieces. Both also share the distinction of being two of the very few Agatha Christie stories never to receive an adaptation.

What will you be reading during lockdown or while practicing social distancing?