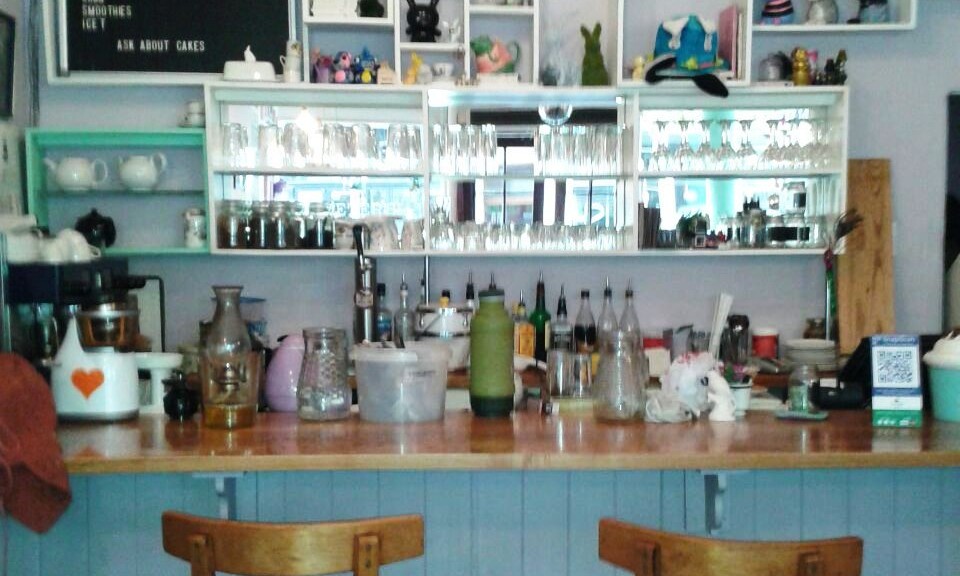 Bunnies are evil. We have solid evidence from Beatrix Potter and Monty Python. So walking into Peter’s House in Kloof Nek Road is like entering a veritable house of horrors, because there are bunnies everywhere. They peer at you from every nook and cranny, luring you with floppy ears and gooey eyes.

To add to the horror they have unicorn heads mounted on the wall. What have unicorns ever done besides be happy and awesome? Perhaps their favourable depiction has made the bunnies seek vengeance in this grisly manner.

Ensuring you toe the line are a plethora of crafted (or is that crafty?) birds, watching you with a beady eye. Jemima Puddle-Duck has a special place in the window pane, keeping the avian regiment in line. If you know Hitchcock, you know the birds have it in for us too. And let’s not forget Eddie Izzard’s observation of God’s dilemma with evil ducks.

As adorable-looking animals are apt to do they have made human beings serve them. Peter’s House is no exception, with friendly humans bringing your food and drink. But human beings do not lose on all fronts.

These bunnies are directionally-challenged, which works in your favour. Having no idea they’re in Cape Town – and centrally-located too – they do not charge ridiculous prices, choosing to lure customers with warm ambience and great food instead. But beware! This is a just clever ruse to make you come back.

The master of mischief, Peter Rabbit, has the entire establishment named after him. His battle strategy includes naming dishes after those who refused to join him on his quest to invade human territory, such as Flopsy and Cottontail.

I ate Cottontail. It did not contain said rabbit, or any rabbit for that matter, but was still rather excellent. It was rosti with scrambled eggs, cream cheese, rocket and salmon. Along with chilli and ginger tea and a chocolate-chip biscuit, it was safe to say the bunnies had gained another victory over me.

What deeply concerned me, was that these bunnies knew my kryptonite: books. Placed under the counter at the window, they immediately hit your line of sight when you sit down. Unable to resist books, I fell for their trap and was delighted when I found one by Astrid Lindgren.

She created the most incredible female characters that bucked the system and defied stereotypes, and if you are, or have ever been a child, parent or rebel you will enjoy The Mischievous Martens, which you can find here.

I am convinced the humans of Peter’s House have read this book too and been inspired by the rebellious nature of its most spirited character. The humans have embarked upon a silent revolution to aid humankind, decorating Peter’s House with local artwork (which you must buy before the bunnies discover this noble deed and put a stop to it) and contributing to the Knit a Row and Go campaign, whereby visitors to the house can knit a row (or more) of the scarves that are given to (human) children in need.

Evil bunny is a term I often employ, and while we know the term evil human too, and know all too well how destructive the human touch can be, when employed for good, our human revolution can, and must, be one for good, because there are worse things in this world than evil bunnies.