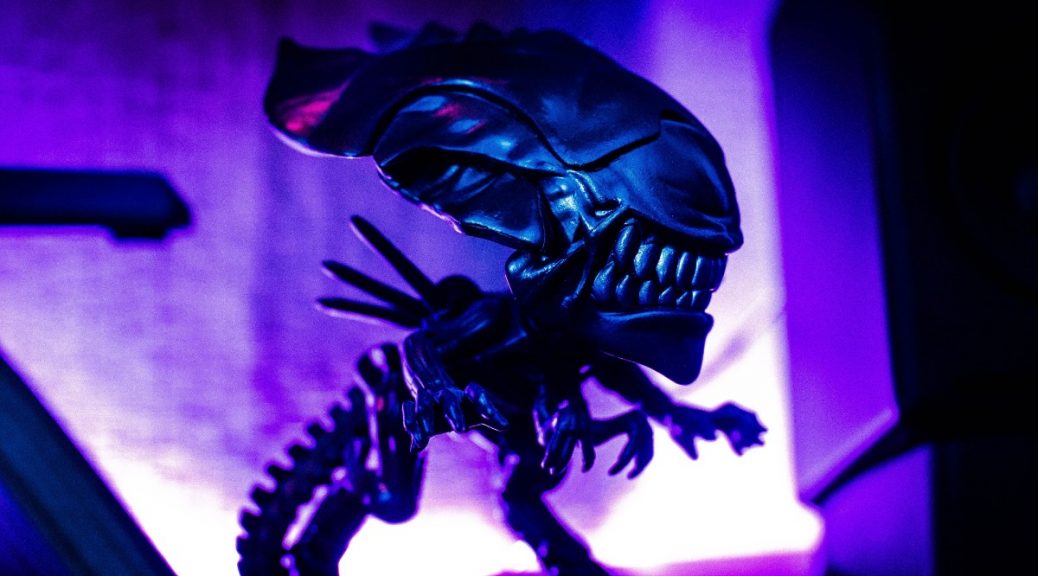 This is particularly the case, when it comes to delivery of the film’s  horror elements. Sigourney Weaver, as Ripley, may be horror’s final girl – who like Marilyn Burns and Jamie Lee Curtis before her – is the only remaining survivor of this terrifying tale. But unlike Burns and Curtis, Ripley survives thanks to clear-headed thinking and the control she has of her situation – traits she displays right from the start, and not just in her last desperate moments.

Furthermore, the terrors that stalk her, Mother and the Alien, are female and non-gendered – as opposed to the traditional male ready to fuck her to death with a chainsaw or slash her pretty throat. The point could be made that Mother is controlled by men, but that just alludes to further commentary within the film.

The female interaction is an additional defiance, because it allows this horror, unlike many others, to continuously pass the Bechdel test. That’s an amazing feat for the genre in general, but for Alien in particular, because the cast is small and predominantly composed of men. But towards the end of the film, the only ones left (with the exception of one male crew member and Jones the cat) are women (Ripley, Veronica Cartwright’s character Lambert, Mother) and the non-gendered Alien.

The last surviving human male is Yaphet Kotto’s character, Parker. His survival is also a defiance of the genre’s clichés, because he’s black. And in horror: the black guy isn’t the hero and he usually dies. Of course, George A. Romero upended this tired trope in Night of the Living Dead eleven years earlier, when he cast black actor Duane Jones as his saviour-protagonist, Ben. Sure, Ben, like Parker, does not survive, but at least both outlast most of the other main characters (all of them in Ben’s case), and help a couple of gals along the way. Their fates, and character development, are also far kinder than those of Demon and Anita in Friday the 13th: A New Beginning, Eugene Dix in Final Destination 2; and especially Maureen and Phil in Scream 2, who die in the opening scene, killing the franchise’s first named characters of colour.

Alien plays up to the genre in many ways – even Scott admits to deliberate jump scares for enjoyable effect – but it’s in the upending of tropes that the film holds so many of its surprises. Even though horror underscores many terrible stereotypes and clichés, they’ve become so familiar that they’re particularly impactful when upended. In a world, 40 years later, that continues to grapple with gender performativity, Alien’s upending of genre, and gender, conventions remains as relevant as ever.