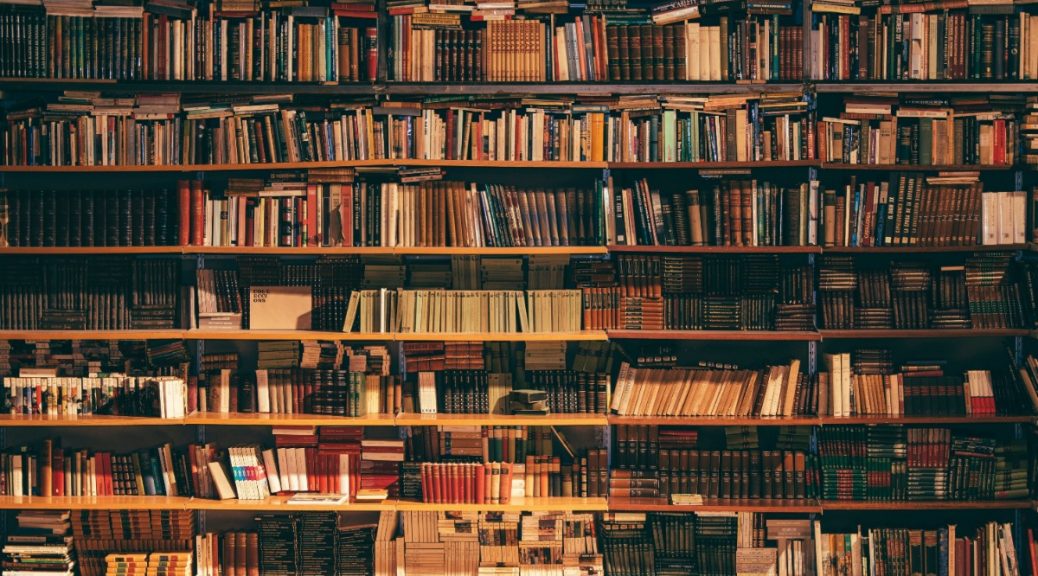 One extra day in the year means one extra day of reading. Nevertheless, I clocked about the same amount of books during the 29 days of February as I did in the 31 of January. Here’s my reading track list for February.

The Turn of the Screw by Henry James

I read this horror novella in anticipation of the contemporary film adaptation, The Turning. Unfortunately, the film wasn’t playing in many cinemas and wasn’t released for long, so I never watched it. I was disappointed, because I enjoy watching an adaptation so soon after reading the book. The Turn of the Screw wasn’t particularly scary, but certainly has the potential to be very eerie on screen. It’s been noted that the horror film The Others is similar to the novella, even if it isn’t a direct adaptation. I loved The Others: it’s very clever and very frightening. James’s book, however, was a bit long-winded – especially for something that’s not even a full novel. It starts with a man named Douglas recounting the tale of the unfortunate governess who forms the main focus of the story. However, they never return to this introductory setting. Maybe it was in an effort to make the ending more impactful, but ultimately it just made the beginning feel unnecessary. James was quite the horror writer. Perhaps, come Halloween, I’ll give another of his tales a go.

The White Ship by Chingiz Aĭtmatov

The 123rd book for my challenge to read a book from every country in the world, this novel is by Kyrgyz author Chingiz Aĭtmatov. Read my full review here.

The third book in the Felicity section of the American Girl series, this is one of the books I read as a “return to childhood” pick. I’m also re-reading these as I started listening to the American Girls podcast. I enjoy the historical insight they provide into the stories, but sometimes the hosts get completely sidetracked and rant and rave about topics that are completely unrelated to the books. They weren’t fond of Felicity when they reviewed the first book, but she’s grown on them, and I think the character deserves it. She’s spirited and caring and embraces dolls and dresses as much as she relishes riding horses and splashing through mud. This book includes a strong focus on her friendships with Elizabeth and Ben, who are both very endearing characters. I have no more Felicity books, and the rest of my collection are all Samantha ones. They haven’t covered her in the podcast yet, so for now I’ll pick something else for my “childhood reads” in March.

I bought this book as a birthday treat for myself. It sounded like a travelogue and that’s very much what it is. It essentially feels like an unedited diary, particularly with its never-ending sentences. As such, it’s tiresome reading. It’s the same problem I had with Che Guevara’s The Motorcycle Diaries. If you’re interested in learning more about his motorcycle trip across South America in his younger years, I’d recommend you rather read the book his travel companion, Alberto Granada, wrote: Traveling with Che Guevara: The Making of a Revolutionary. It’s much more captivating. Anyway, I digress. Sebald’s book did have some interesting ruminations and when he doesn’t ramble too much, he creates a great sense of atmosphere.  I also found it amusing to read about how he had to ask a stranger to take a photo for him and then mail it. Imagine what Sebald would have thought of smartphones, Instagram, and their use in travel today.

This Child Will Be Great: Memoir of a Remarkable Life by Africa’s First Woman President by Ellen Johnson Sirleaf

The 124th book for my challenge to read a book from every country in the world, this novel was my choice for Liberia. It might say memoir in the title, but it doesn’t read like one. It feels more like straight-up non-fiction. There isn’t much story to it. Instead, it’s a straightforward, straight-to-the-point retelling of Johnson’s life, focusing specifically on her professional and political life. Although she does mention her parents, husband, and children, these details are just background information that provide a bit of context. There are more facts, figures, news items, and whole paragraphs from speeches than there are emotions, expressions, or metaphors. That’s not to say it was boring or textbook in nature, it’s still a compelling read. Besides: I’m not a massive fan of memoirs, so I actually liked the straightforward, journalistic style that she applied more than the traditional, sentimental style that many memoirs employ.

To the Lighthouse by Virginia Woolf

When I was in varsity, I read Woolf’s Mrs. Dalloway which I did not enjoy. It took me a long time to come back to Woolf and when I did, I absolutely fell in love with her. The novel I chose was Orlando, which quickly became one of my favourite books. This month I returned to Woolf with Audible, listening to To The Lighthouse read by none other than Nicole Kidman who played Woolf in the 2002 film The Hours. And oh what a pleasure it was driving home from work, having Kidman read to me. When I first found out she’d read To the Lighthouse for Audible, I immediately wondered what accent she would use. She uses her own Australian accent with an occasional inclinaton towards English RP: together with her melodious voice it makes for a beautiful and soothing listening experience. Woolf’s thoughts meander like they did in Mrs. Dalloway, but are more structured and display the same insight, cheek, and forward-thinking reflection that made Orlando so spectacular.

I really enjoyed this spy-style thriller from the Queen of Mystery. Then again: when do I not enjoy her work? Destination Unknown differs from most of her other stories, in that it does not feature any of her regular characters. And her usual sleuthing protagonist is an amateur spy rather than an amateur detective. The plot felt like the dangerous ideas driven by the characters in Brave New World mashed up with the glamorous adventures of The Saint, all propelled by Thanos-like villains. I’ve also been listening to an Agatha Christie podcast, choosing episodes featuring books I’ve read. However, once they started giving away spoilers for Christie books that didn’t form part of the episode, I stopped. Christie is a master of deception and spoilers to her stories should be avoided at all costs.

Move over February! March is here. I’ve already completed an audiobook within these first few days, but you’ll have to read about it in my March month wrap-up.