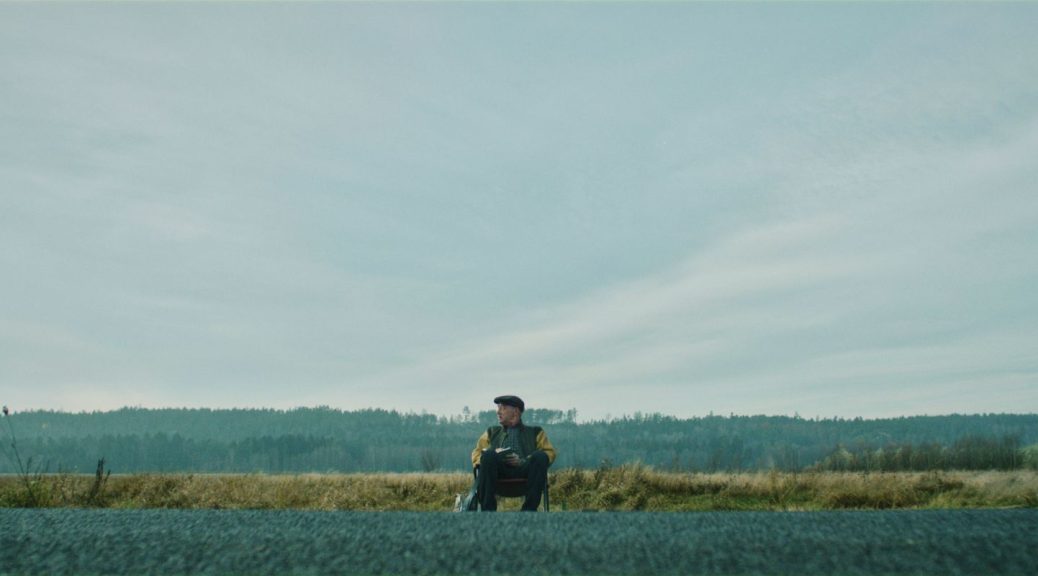 I’d heard of trainspotting before, but car spotting? Turns out it’s a thing too and it’s what occupies the character Peo in the Swedish short film Bilskådaren (The Car Spotter) written and directed by Martin Sandin. In a charming and reflective story, Peo commits himself to a new hobby, carefully entering into his little notebook the makes of cars that pass by the lonely road upon which he has encamped. His dream? To spot a real classic, an Oldsmobile Cutlass Supreme.

His wife Gitta yearns for quality time together. But she has just about resigned herself to her husband’s new hobby that does not involve her…until the lure of a little excitement literally runs up to her in the form of Lennart.

Despite Peo’s preoccupation with his new hobby, he does not fail to realise that he has been neglecting his wife. It’s a slow realisation, but one that arrives in the nick of time and it is moving to watch his internal struggle play out on his face in a beautiful performance by Mats Qviström.

The performances by Ann-Sofie Kylin and Björn Andrésen as Gitta and Lennart are equally touching, and the silence and hesitancy of all three characters speak volumes. We are also provided with what amounts to internal dialogue, courtesy of the film being shot as a mockumentary. This style is far more effective than narration would have been as it keeps us invested in the characters. We hear directly from them and become more involved as they turn to camera and speak to us, instead of detaching us from them or interrupting the flow of the narrative as a voice-over could have done.

The film is beautifully shot, the quietness and solitude of the landscape heightening the same in the characters, the speeding cars juxtaposing Peo’s literal and emotional stillness. But this is not a gloomy story. It is infused with bursts of humour and quirk, especially towards the end. Its closing moments are the sweetest and will not fail to leave you smiling.