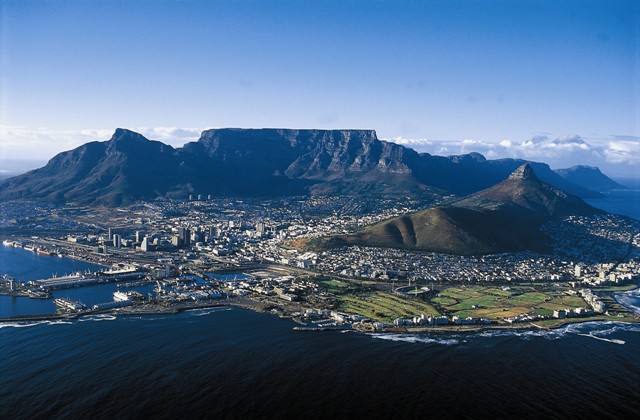 You’ve just explored the wild on safari and been bitten by the nature bug. Now you find yourself asking: what’s next? Why not start big, with the seven natural wonders of the world? Travelling to these spots will help you tick a lot of destinations off the list. While you’re at it you will learn more about nature and the wonderful world we live in. But before you start, you need to know what the wonders are. Let’s get started!

Situated in the state of Arizona in the USA, this canyon has been carved by the Colorado River. The river and its tributaries cut channels through layer after layer of rock while the Colorado Plateau was lifted. For years the canyon was believed to be about 6 million years old. New evidence suggests that it may actually be 70 million years old. Needless to say, the canyon is very, very old.

The Great Barrier Reef is the largest coral reef system is the world. It is located in the Coral Sea off the coast of Queensland in Australia. It can be seen from outer space and is the planet’s largest single structure made by living organisms. Due to human impact and environmental pressures the reef has lost over half of its coral cover since 1985.

Guanabara Bay is an oceanic bay in Brazil. It is the second largest bay area in the country and is flanked by Rio de Janeiro and Duque de Caxias on the west and Niterói and São Gonçalo on the east. The city of Rio de Janeiro was named after the bay.

Mount Everest is the highest mountain in the world. It can be found in the Mahalangur section of the Himalayas, between China and Nepal. It was given the name Everest in 1865, but had been known as Chomolungma for centuries by the Tibetans. The first official ascent onto Everest was made in 1953 by Tenzing Norgay and Edmund Hillary.

An aurora is a natural light display in the sky, particularly in high latitudes such as the Arctic and Antarctic regions. It is caused by the interaction of charged particles from the sun with atoms in the upper atmosphere. In northern latitudes, the effect is known as the aurora borealis, or the northern lights. It is named after the Roman goddess of dawn, Aurora, and the Greek name for the north wind, Boreas. The southern counterpart is known as the aurora australis, or the southern lights.

The Volcán de Parícutin is situated in Michoacán in Mexico. It is a cinder cone volcano located close to a lava-covered village of the same name. The evolution of the volcano has been witnessed, observed and studied by humans from creation to extinction. It forms part of the Ring of Fire, which is an area where a large number of earthquakes and volcanic eruptions occur in the basin of the Pacific Ocean.

As its name suggest, this is a waterfall. It is located on the Zambezi River, on the border of Zambia and Zimbabwe. It is also known as Mosi-oa-Tunya, which means “the smoke that thunders”. The national parks surrounding the falls teem with wildlife such as elephant, buffalo, giraffe, zebra, various antelope species, Vervet monkeys, baboons, hippos, crocodiles, klipspringers, clawless otters and numerous raptors. Even lions and leopards have been spotted at times.

On the border of the Brazilian state of Paraná and the Argentinian province of Misiones lie the Iguazu Falls, which are the waterfalls of the Iguazu River. Below its confluence with the San Antonio River, the Iguazu River forms the boundary between Argentina and Brazil. In 2011 it was named as one of the winners of the New Seven Natural Wonders of the World.

Jeju Province is one of the nine provinces of South Korea. The capital is called Jeju City. It lies in the Korea Strait and contains the natural World Heritage Site of the Jeju Volcanic Island and Lava Tubes. In 2011 it was named as one of the winners of the New Seven Natural Wonders of the World.

Indonesia is composed of 17 508 islands, one of which is Komodo Island. It forms the habitat of the Komodo dragon, the largest lizard on the planet, which is an endangered species. The island’s beach is one of only seven in the world with pink sand, caused by the mixture of white and red sand. In 2011 it was named as one of the winners of the New Seven Natural Wonders of the World.

The Puerto Princesa Subterranean River National Park, or the Puerto Princesa Underground River, is located in the Philippines and is a protected area. The national park is situated in the Saint Paul Mountain Range and is bordered by St. Paul Bay on the north and the Babuyan River on the east. In 2012, it was confirmed as one of the winners of the New Seven Natural Wonders of the World.

Table Mountain is a flat-topped mountain overlooking the city of Cape Town in South Africa. It is flanked by Devil’s Peak to the east and Lion’s Head to the West. These mountains, together with Signal Hill, form the natural amphitheatre of the City Bowl and Table Bay Harbour. In 2011 it was named as one of the winners of the New Seven Natural Wonders of the World.

Hạ Long Bay means “descending dragon bay” and is situated in Quảng Ninh Province in Vietnam. The bay features thousands of limestone karsts and isles. The limestone in the bay has gone through 500 million years of formation in different conditions and environments. In 2012, it was confirmed as one of the winners of the New Seven Natural Wonders of the World.

The Amazon Rainforest, also known as Amazonia or the Amazon Jungle, is a moist broadleaf forest that covers most of the Amazon Basin of South America. Most of it lies in Brazil, but parts are located in Peru, Colombia, Venezuela, Ecuador, Bolivia, Guyana, Suriname and French Guiana. The Amazon represents over half of the planet’s remaining rainforests.