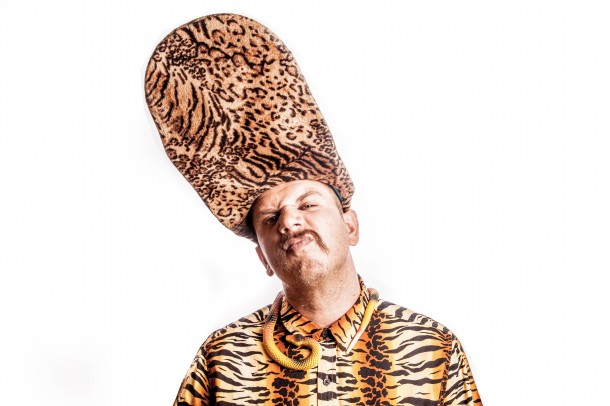 Ek laaik vir Jack Parow even though I am not an ardent fan of rap and find that his themes remain the same. Rather, it is the way he delivers his music that I enjoy. Although he is categorically placed under the term rap, he continually displays an ability to stylise his work with incredible diversity.  Part of the reason lies in his various collaborations, which immediately add a different feel and tone to the music. There is no better testament to this than his latest album, Nag van die Lang Pette. His third studio offering, released as a double album, it showcases 11 acoustic tracks, 12 new electric tracks and 6 comedy skits.

Along with the album comes the debut of the music video for the song Bloubek. I have a gripe about watching send-ups of classic films: it is getting tiresome. We may as well just call ourselves the Tarantino generation. To be fair, if it was me, I’d do the same thing. But there comes a time when we have to ask ourselves: are we merely making our audience feel comfortable by giving them something they already know or, even worse, indulging ourselves and personal obsessions with existing material?

But let’s ignore my beef about it and move on to the argument of which films we should be ripping. If we’re going to continue down the road of attribution, can we please stop knocking off Raging Bull? It has been done to death. Why not throw some fresh meat into the fire? In Bloubek this at least comes across in the form of Lou’s basement from Fight Club, which is the main premise of the video. The film is more current than Bull, which is already a big tick in the right box. However, the genius lies in the notion of contextualising Fight Club’s ideas to South Africa, with Parow beating up his Steve Hofmeyer-resembling opponent. “The character symbolises the old way of thinking,” Parow explains. “I really want to show what the new South Africa is about. This video symbolises the fight between the old and the new.”

Cementing its South Africanness is the way the video ties to the album name, itself a riff on die Nag van die Lang Messe; which, in turn, is a South African bastardisation of the Night of the Long Knives. The whole concept comes full circle, highlighting the fact that history does not have to repeat itself and the future need not portend doom. Moreover, the video ultimately pacifies my frustrated ire with tributes, because when it’s done right it can pack a pretty powerful punch.