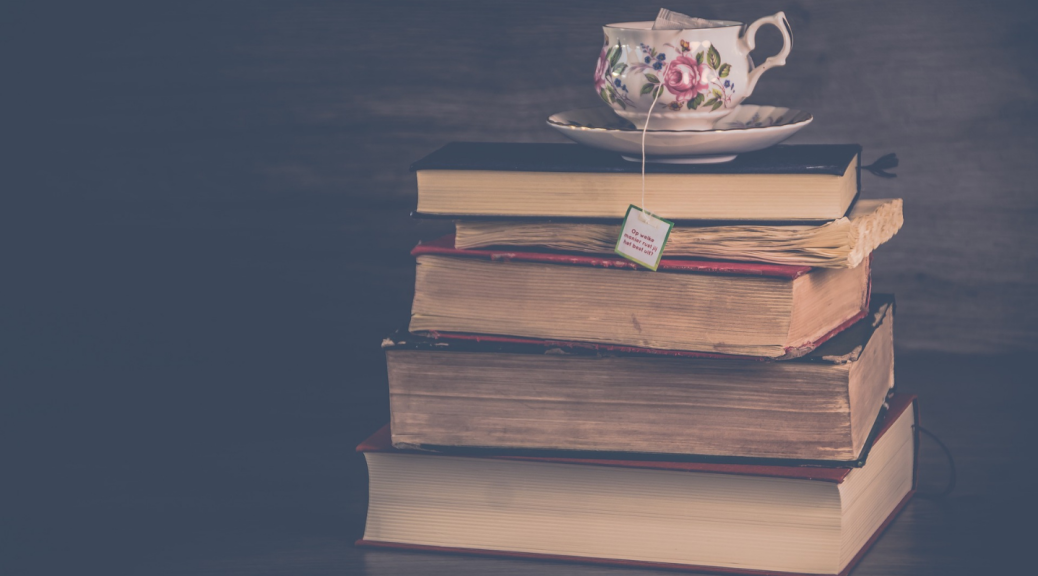 My love for detective fiction and murder mystery started with Agatha Christie when I was ten years old. In recent years it’s developed into an obsession, particularly with the subgenre of cosy mysteries. With the exception of the Miss Marple stories, Christie’s murder mysteries don’t necessarily fit into this subgenre. In fact, Christie’s books differ quite a bit from the many contemporary mystery writers she inspires. What they do share in common, aside from the obvious inclusion of murder and mystery, is an escape into a world that offers resolution, a world in which the bad guy always gets caught.

These resolutions and conclusions offer comfort and familiarity to the reader, helped along by formulaic plots and recurring tropes. In contemporary cosy mysteries these are so firmly in place (and sometimes so contrived) you can’t help being entertained by them. Since I devoted February to murder mysteries (and continue to avidly read and watch them), I decided to compile a guide to cosy mysteries to serve as reference to my reviews.

The plot
Without murder, there is no mystery – which is why every story starts with a dead body. Cosy mysteries usually form part of a series of books or movies, driven by the sleuthing skills of a recurring protagonist. The notion that one person could encounter so many murders without being the killer themselves is one of the many steps you take in suspending your disbelief when becoming immersed in this genre. It’s a bit of a running joke that if Jessica Fletcher, to take one example, were involved with so many murder mysteries, it only stands to reason that she was the killer all along.

The protagonist
With that in mind, let us introduce the hero of our stories or rather, heroine, for the main character in these stories is usually a woman. She holds any number of professions, but usually one flexible enough to allow her plenty of time for her recent foray into amateur sleuthing. Bonus if her profession can aid the investigation. Generally, she holds a job that wouldn’t really prompt the police to ask her assistance (teashop owner, waitress, librarian); but the author or screenwriter usually finds a way of making her job, and especially her personality, work in favour of solving crimes. A tenacious personality certainly helps, but as for their professions aiding the investigation, it’s pretty contrived. But that’s part of the fun, and it gives us a likeable character to relate to. A profession that often crops up is that of a writer, or at least someone involved with literature in some way. This makes it easier to drop literary references, particularly from the genre itself. In the Mystery 101 movie series, the main character actually teaches a university course in detective fiction. Jessica Fletcher is a mystery writer. Aurora Teagarden is a librarian who runs a crime fiction fan club. The idea that this supposedly makes them ideal for solving actual murder investigations is delightfully droll.

The setting
While the cosy in cosy mystery tends to refer to the fact that these stories are devoid of violence (we don’t see the murder happen or the corpse is bloodless), profanity, and sex (although Christie was not above delighting in the joys of sex) the setting plays a big role too. These stories usually take place in a small town or village, or at least some kind of community that is closely knit. TV movies and series seem to be particularly fond of the Pacific Northwest, while books are usually associated with the English countryside. However, it is by no means exclusive to these regions. I’ve read cosies set in a vineyard in upstate New York and an Asian shopping centre in Cleveland. While steering clear of dark, dingy cities and retreating to some form of countryside is the norm, it’s more important that the characters live in a setting where they all know one another – narrowing your pool of suspects. This is where cosy mysteries follow the rules of Golden Age detective fiction: your killer must be someone the reader knows. It’s all about solving a puzzle and you cannot blindside your characters and readers by introducing an unknown right at the end.

It doesn’t get any cosier than this. I didn’t even try to guess whodunit, because I was so wrapped up in the cosy atmosphere. #MurderMysteryMonth pic.twitter.com/hjvTKyjMvo

The detective
Our intrepid sleuth doesn’t have to do all the work herself – although she usually does it better than whatever figure of authority she’s saddled with. This figure is almost always a police detective. His presence gives her access to resources she would not necessarily have and offers her backup and protection – but she does just fine without these too. In fact, she’s often forced to go against him because the detective is usually annoyed by our protagonist’s meddling. However, he inevitably falls in love with her. This is where cosies deviate from Christie’s books. Her recurring characters – Hercule Poirot, Miss Marple, Mr. Satterthwaite – had no romantic connections; and while she did have characters like the married couple Tommy and Tuppence and a few standalone characters that were certainly flirtatious, romance never really formed part of her plots or even subplots.

The sidekick
There is usually a Watson in some form or another. For the most part this is a female best friend. An admirable quality of these stories is that these women support one another, believe in each other, and come to each other’s rescue. The best friend encourages the protagonist to solve the mystery and sometimes even gets involved. There are hardly ever quibbles and nary a catfight in sight.

The other sidekick: the pet
Speaking of cats, they are a firm and established trope in cosy mysteries. I’m not really sure why – maybe to establish an “old maid” archetype since our sleuth is always single. But that’s nullified by the fact that she inevitably meets a handsome detective whom she’ll obviously fall in love with (and who’ll fall in love with her). Miss Marple however, whom some would label an old maid, never owned a cat, to the best of my recollection. These cats may form part of the plot, providing a clue or aiding our heroine. Sometimes it’s a dog, which makes much more sense. In a genre that already invites us to suspend our disbelief in many ways, we don’t need to be including near-magical cats. This is a trope that does not carry through to the movies, which I imagine is an entirely practical and logistical decision. As W.C. Fields said about showbiz: “Never work with children or animals.”

The extra sidekick: the old ladies
If you thought it was contrived that a mystery writer or lecturer could aid a murder investigation, wait until you meet the gaggle of gossiping old ladies. Like the pets, these are usually confined to the books – but, when present, they are certainly helpful. They’re even nosier and more meddlesome than the protagonist, which goes a long way in helping her, as well as the murder investigation. They’re also a delightful source of comedy and a great way to subvert the damaging notion that old people are past their sell-by date.

Food
This is not so much a trope as it is a theme. And while not every murder mystery centres around food, those that do, focus on it heavily. From mouthwatering descriptions to the inclusion of actual recipes, it’s pure foodie bliss. If the protagonist isn’t a fabulous cook or baker herself, she usually works in a restaurant or runs one. Non-food-themed mysteries are not above including delectable descriptions come mealtimes (Famous Five food, anyone?), but the food-themed cosies like taking it even further by making food a weapon and even including it in the title.

Punny titles
Again, this is not something all murder mysteries do. But there are a lot of them that love playing with words (especially the foodie ones) and making admittedly awful (but fun!) puns. Just a few I’ve read include Death by Dumpling, A Riesling to Die, Tea with Milk and Murder, and Last Scene Alive.

From Port to Rigor Morte is now on NetGalley! Release date is April 20, 2021.#winetrailmysteries#jceaton pic.twitter.com/XTgOw9FBE7

The family (or lack thereof)
This is a trope many deviate from, but often you’ll find our heroine only has one family member present in the story. I think the logic behind this is to keep the focus on our main character. Once you start introducing too many family members, it changes the dynamic of the story and the characters’ relationships and becomes a family drama as opposed to a murder mystery. Our amateur sleuth may have a divorced mom, a widowed father, or a fellow orphan sibling but Poirot, Miss Marple, and Mr. Satterthwaite ostensibly had no one. The Tuppences have children, but I’ve never encountered them and even Poirot’s sidekicks Ariadne Oliver and Arthur Hastings have limited family ties. This, of course, keeps the cast of characters small, making the mystery cosier and not deluging you with a barrage of characters. After all, you want plenty of suspects not a bunch of superfluous family members.

These cosy mystery tropes are by no means set in stone. Authors and screenwriters are welcome to deviate and subvert. While sometimes they do just that, it is far more common to find them following the plot, trope by trope. You can even find evidence that these tropes were in fact inspired by classic detective fiction, as already pointed out through the contemplation of Christie’s characters. Even Sherlock Holmes, arguably the most famous fictional detective, conforms to several of these tropes. He may operate in busy, bustling London, but he has a faithful sidekick, is not averse to using a dog, and is endlessly smarter than the police.

Holmes may be the most famous detective of all time, but he is hardly the only one. It’s a voluminous genre – even wider when you expand it to include grittier crime fiction and consider all the CSIs, NCISs, and Law and Orders of television. But in a world offering no resolution where bad guys not only never get caught but run the place too, crime fiction in general and cosy mysteries in particular, offer the ultimate escape.